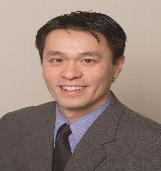 Was born and raised in New York City. He attended the Bronx High School of Science in the Bronx, New York. Mr. Chin earned his Bachelor of Arts degree majoring in Latin American and Chinese economic development from the Evergreen State College in Olympia, Washington.

After earning his Juris Doctorate from the University of Washington School of Law in Seattle, Washington, Mr. Chin relocated to New York City and practiced exclusively in the field of immigration law working for three years. While practicing in New York City, Mr. Chin gained valuable experience representing hundreds of clients before the Immigration and Naturalization Service, Immigration Court, Administrative Appeal Unit, Board of Immigration Appeals and the Second Circuit Court of Appeals.

Mr. Chin is a former member of the American Immigration Lawyers Association (AILA) where he served as Vice-Chair of the Immigration Court/AILA Liaison Committe. Mr. Chin has served as an expert witness for the Washington State Bar Association and has taught several Continuing Legal Education courses on immigration. He is a former member of the New York Bar. Mr. Chin is presently admitted to practice in Washington state as well as the Western District of Washington and the Ninth Circuit Court of Appeals.